Simply stated, constrained layer damping (CLD) is a modern technology used to suppress vibrations. CLD involves a viscoelastic material that is sandwiched between two layers of a stiffer material. This approach to vibration control is used in a number of applications, most notably in the aerospace and aviation industry. 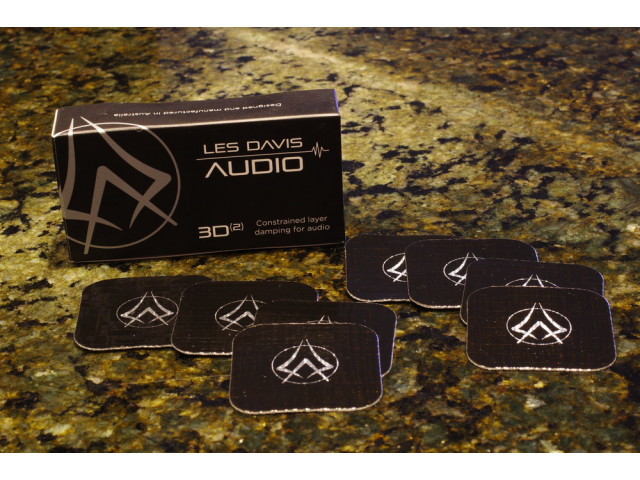 In other words, CLD is based on solid scientific research. It is proven to be extremely effective in reducing vibrations in all types of precision applications.

After researching CLD, Les Davis naturally saw its potential in the high-end audio industry. He developed his own proprietary CLD material and tested it over an extended period of time. This resulted, of course, in Les Davis Audio 3D Constrained Layer Damping devices.

In each case, 3D makes a significant sonic difference in the overall sound. The noise floor is reduced. Music sounds fuller, with more visceral impact. The effect is not subtle--you will hear a difference when you use 3D in your audio system.