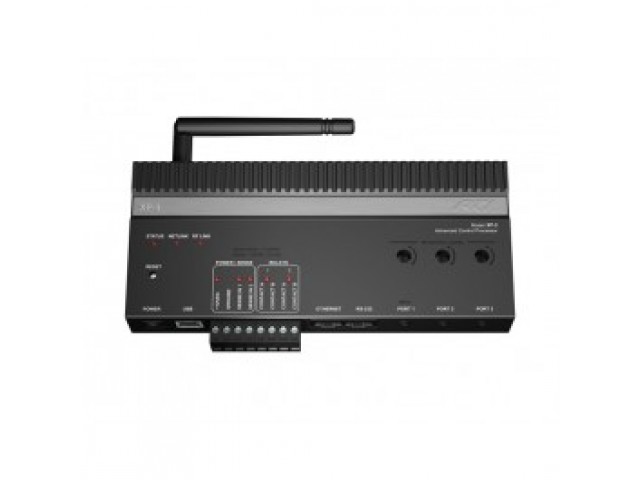 When the XP-3 is incorporated into an RTI control solution, the result is nothing short of exceptional.

Boasting a powerful 533MHz CPU and 128MB of non-volatile flash memory, the processor packs a big punch and easy expansion capabilities. With a built-in RF transceiver and support for wireless bi-directional communications utilizing robust ZigBee® technology, the XP-3 can provide the user with real-time feedback from supported third-party devices such as music servers, lighting, security, and much more.

Now, important data from these devices is available to the user with a simple touch – from current song information to the status of a security system - even the weather forecast! The XP-3 is loaded with features normally reserved for higher-priced processors, such as a built-in astronomical clock and control via Ethernet, RS-232, and relays.

The XP-3 is the ultimate choice for powerful bi-directional control and automation at a moderate price!

For more information on Control Processors contact us for a chat.